Over the last couple of months, we have had a bunch of new breweries open their doors in the metro Detroit area with even more scheduled to open this year. We are seeing a similar pattern of new breweries opening throughout Michigan and the rest of country. This is good news for beer lovers everywhere. If you like to visit new breweries, there has never been a better time than now to experience local beer.

As a lover of locally made beer, I enjoy visiting new breweries and trying new beers. I love the creativity that brewers, owners, managers and servers bring to each and every brewery I get to visit. From clever beer names, weird takes on beer styles, quirky decors, non-traditional music, historic architecture, cool people and frequently out of way the locations, I love it all. It is what separates breweries from just another bar or restaurant.

Another thing I appreciate about breweries is how the vast majority supports the local community. Sometimes it is in small ways by donating a gift certificate or a gift basket for a local cause. Sometimes it is in big ways by having a beer festival onsite and having a charity of choice be the beneficiary of the proceeds. All are great things that make me want to support breweries that also support the communities that they serve.

Breweries as the center of the community is not a new concept. As immigrants came to cities like Detroit in the late 1800s, they would often go to the local corner brewery to meet, interact and generally stay connected with their local neighborhood. As local breweries faded away in mid-to-late 1900s many gravitated to the local bar to socialize. Today, breweries have again become that local gathering place with new generations of young people. Who would have thought that folks would want to do yoga in a brew house or perhaps paint or play board games? Breweries continue to work hard to make themselves inclusive to the whole community.

When I travel, I love finding a new brewery in a tucked away part of the city. It is like discovering a secret that only the locals know about. I like the chance to meet people from other areas and maybe get some suggestions on places to visit while in town. I love getting the chance to share my love of beer with others. Breweries show that over a glass of beer, we can all find some common ground with each other and that is a good thing indeed!

Brewers of Indiana Guild Announces 5th Round of Winterfest 2023 Breweries

30 Breweries That Highlight Michigan’s Past, Present, and Future (2022) 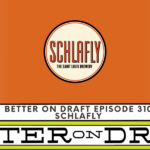 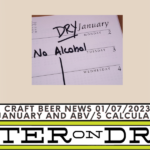