While I was unable to book one of the beer tours for the anniversary weekend, I have gone on two tours over the past few years and have thoroughly enjoyed them. Brian Haik, owner and lead tour guide of Grand Rapids Beer Tours, led our tour group on both excursions and he did a wonderful job. His tours unlocked hidden gems of both beers and breweries that I now seek out whenever I’m in the Grand Rapids area.

I had a chance to catch up with Brian about the past, present, and future of Grand Rapids Beer Tours. I appreciate his time, and will let him do the talking about the experience he has created for those new and old to the craft beer scene in Grand Rapids.

Brian Haik (Grand Rapids Beer Tours): I’ve been drinking Founders Brewing Co. beers since I was 21. I was a regular attendee at the original location on Monroe Ave. I actually helped in packaging and working the door back then a few times. I later worked for two years at Founders Brewing Co from January 2012 to January 2014. While working there I saw a beer tour group from Detroit stop in one day and that’s when the light bulb went off.

Ed: How did Grand Rapids Beer Tours get started then?

Brian: I bought the name in December of 2013. I then decided to leave Founders Brewing Co. to work full-time to get the business up and going. I spent lots of time researching the beers and breweries and made friends along the way. I bought a van, got insurance, and built the website. We opened for business the first week of June 2014.

Ed: When did you see Grand Rapids Beer Tours take off?

Brian: I really don’t know what made GRBT take off. By Spring of 2015, tickets and private tours were selling steadily. I believe we took off due to a combination of being on local news stations (Fox 17 and WOOD-TV 8), brochures/posters, Facebook & Google advertising, and word of mouth. Most of Grand Rapids is known as Beer City USA and there is a huge draw to visit the breweries.

Brian: The name Beer City USA is a name that was voted on, but in my opinion, Grand Rapids really is Beer City USA because the beer community is unlike anywhere else I’ve been. The breweries may be competing against each other, but they are all there to help out each other too. When a brewery runs out of hops or malts they may need for a batch of beer, it’s not uncommon for a brewery to reach out to local breweries and ask for a hand, and that hand is gladly giving.

Another reason why Grand Rapids is Beer City USA is because, well, let’s face it, we make amazing beers and the people pouring the beers are (most of the times) passionate about beer.

Ed: What kind of tours do you offer?

Brian: We have public & private tours. We offer public tours just about every Saturday of the year. Public tours include multiple beer samples, a brewery tour at one of the stops (sometimes two brewery tours), and transportation with a knowledgeable beer tour guide providing history of the breweries and beers people are drinking. Most of our business is private tours. Private tours can be booked for any day of the week and people can choose how long they want to tour for and which breweries they want to visit.

Our driving tours go to various breweries around Grand Rapids, but we also have select tours that go to the Lakeshore (Muskegon & Grand Haven), up north (Sparta, Cedar Springs, Comstock Park, & Rockford), and down south to Kalamazoo.

We will be trying out a new walking tour for our marathon walkers / committed beer drinkers in August. The new walking tour will visit six downtown breweries and is looking to be five hours long.

Ed: Sounds like a busy operation. Are you the only person who works for Grand Rapids Beer Tours or do you have a team?

Brian: I have five other part-time tour guides. One is my wife, Danielle. The other four are Phil Johnson, Eric Corey, Chris Bursley, and Tom Blossfeld. All of them are very knowledgeable craft beer connoisseurs and excellent tour guides.

Ed: What is your favorite brewery in Grand Rapids?

Brian: I honestly don’t have a favorite brewery. I’m not just saying this to stay unbiased, but how can you possibly pick a favorite when there are so many amazing breweries in West Michigan? Some may have some of my favorite stouts or IPA’s, some I may attend more regularly for their food, some I enjoy their beer garden, some are more kid friendly then others, so I guess it depends on what kind of day I’m having. They’re all great and have something unique to offer!

Ed: It’s hard for me to pinpoint my favorite, as well. Happy 5 Year Anniversary! When was it and what did you do to celebrate?

Brian: We celebrated our 5 year anniversary the first week of June this year. We offered a couple of public tours. One was a Walking Tour, the other was a driving tour to Founders Brewing Co., City Built, & Brewery Vivant.

Ed: Are there any new plans or updates following the 5 year anniversary?

Brian: Besides the new Walking Tour we’re going to try in August, we’re considering getting larger vehicles. Other than those things, why fix what’s not broken?

I highly recommend Grand Rapids Beer Tours if you’re looking to check out a few breweries in Grand Rapids or West Michigan. Let Brian and his team do the driving for you and your friends / family that way you can enjoy a sample of Beer City USA! 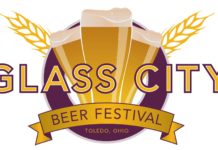 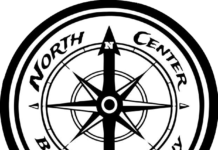 The List Ed Norton - August 4, 2020
0
Ed had a summer beer festival of his own featuring 15 Michigan beers. Check out his rankings and detailed notes of each beer from the festival.

Brewery Reviews Bill Carney - August 2, 2020
0
Bill suggests giving Drifa Brewing Company a try if you are in the Marquette area. He stopped in last month and was very impressed.