What does a brewer do while waiting for their brewing licenses?

No, this isn’t a weird brewer joke. It’s a frequent thought that rolls through the minds of brewers who want to get the show on the road.

Josh Rake, owner and head brewer, of Rake Beer Project had been grappling with this waiting period question and decided to do something – have an open house to show off the space, sell memberships to a bottle club, and talk to the future customers of his brewery.

On Saturday, March 23 from 2:00 pm to 5:00 pm, the upcoming Rake Beer Project opened it’s doors to the public in downtown Muskegon for a sneak peak open house and it was awesome to look inside the upcoming brewery’s home.

Josh Rake grew up in the Muskegon area and has moved back to set up Rake Beer Project. His brewing résumé is extensive with stints at various breweries all over the state of Michigan, including The Gallery Brewery in Portland (now closed), Jolly Pumpkin Artisan Ales in Dexter, New Holland Brewing Company in Holland, and, most recently, Old Nation Brewing Company in Williamston. Josh said he learned a little bit from each place and is ready to apply this knowledge to his own brewing venture.

The future home of Rake Beer Project is located at 794 Pine Street in downtown Muskegon, yet has come to be known as a new name – Northtown 794. The entire building is undergoing historical renovations as it used to be home of a Goodwill and then a well known furniture store.

Joining Rake Beer Project in the building are Aldea Coffee, Redmon’s Kitchen & Bar, and Capone’s Speakeasy. It is rumored that locals are starting to call Northtown 794 Muskegon’s B.O.B. in reference to the B.O.B. in downtown Grand Rapids.

The open house took place in Rake Beer Project’s space within Northtown 794. Black Circle Radio was spinning vinyl and there was coffee available from future neighbors, Aldea Coffee; cheese samples from The Cheese Lady; and pizza from Topshelf Liquor Bar & Pizza. The owner of Topshelf, Jim Noel, is also the owner of the future speakeasy inside Northtown 794.

Signs and blueprints were available to review throughout the space to get an idea of what was to be built in the coming months.

It was very apparent than family and community are on Josh’s mind as he works to build the Rake Beer Project brand. Family and friends were on hand Saturday to help serve pizza and snacks, take pictures and show off designs and furniture the brewery is going to be using, and sell bottle club memberships to those interested.

The bottle club membership is called “The Family” and is Rake Beer Project’s “illustrious limited membership bottle club.” Each annual membership includes a t-shirt, a piece of glassware, and a guaranteed allotment of limited edition beers when they are released each trimester. The beers expected for the first year are a sour beer, a barrel aged beer, and a clean beer. A discount is also guaranteed for the pour club when it becomes available. Memberships did not sell out during the open house, so they will be available online to purchase beginning Friday, March 29 until they are sold out. Check out more information here!

If you’re like me and you cannot wait for Rake Beer Project to open it’s doors, Josh has been working on several collaboration beers with other West Michigan breweries, including Speciation Artisan Ales (Mycoplasma), Pigeon Hill Brewing Company (Transcendent Paradigm) and a hazy IPA with Big Lake Brewing.

Josh told me, “We want Muskegon to be hopping again. We’re planning on being ready to go in June of 2019.”

That’s only a few months away. Are you ready for Rake Beer Project? 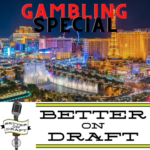 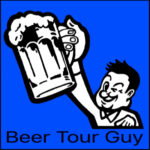