For the past few years I’ve been participating in Reddit Secret Santa, and for the most part it’s been pretty fun. I enjoy sending local chocolate and gifts to total strangers and receiving boxes of the same in return. However, this year’s Halloween gift exchange was a bit of a bust as my Secret Santa never sent me anything. Luckily, there are folks like my new mystery friend who stepped up as a rematch gifter and sent me an amazing gift package filled with treasures from his or her home state of California. The package arrived late November and included two custom etched beer mugs, a whole mess of Sierra Nevada loot and this bottle of Trip in the Woods Barrel-Aged Narwhal.

To be perfectly honest, I can’t recall if I’ve ever had Sierra Nevada’s Narwhal. I feel like I must have tried it at some point… how could I possibly overlook buying a bottle of imperial dark stout goodness adorned with a majestic horned seabeast? Either way, I figured this would be a suitable introduction, even if it was a variant of the standard stout.

Trip in the Woods is Sierra Nevada’s barrel-aged limited release series. As someone who can go either way on bourbon barrel-aging, I was cautiously optimistic about giving this aged Narwhal a whirl.

I popped the cork (there was a cork!) and it poured it into my glass as black as the ocean depths. Yes, it was dark. Very dark. And it smelled pretty boozy, with whiffs of chocolate, vanilla and boozy boozy booze, which is roughly what I expected. What I didn’t expect was just how surprisingly tart this particular stout would be.

Aged in bourbon barrels with red and black currants, this particular Narwhal was quite tart, sour and sweet. It was almost as if I was drinking an incredibly dark sour. With some much-needed sweetness to balance things out, I enjoyed drinking this beer quite a bit. As I continued to drink, the beer continued to warm, as did my face as the booze started coursing through my veins.

As the beer warmed, I felt the bourbon started to take over a bit more. The tartness was certainly still there, but the richness of this beer makes the entire drinking experience very nice, though I feel it may be a bit too sour for some dark beer enthusiasts. It rides the very thin edge on too bourbony for a bourbon-wuss like me, but by the time I finished the bottle, I was loving every drop.

Thank you to my mystery gifter for a great way to start off the cold Christmas season. ‘Tis the season for strong beers. 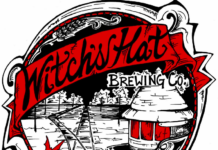 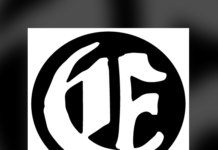 Articles Ed Norton - September 14, 2020
0
Besides traveling, writing, and drinking beer, reading is another favorite hobby of mine. Traveling...

Beer Reviews Weasel - September 9, 2020
0
Weasel doesn't chase beers, but when he does, it's a great one. Check out his recent review of Dark Horse Brewing Co's Sapient Trip Ale.