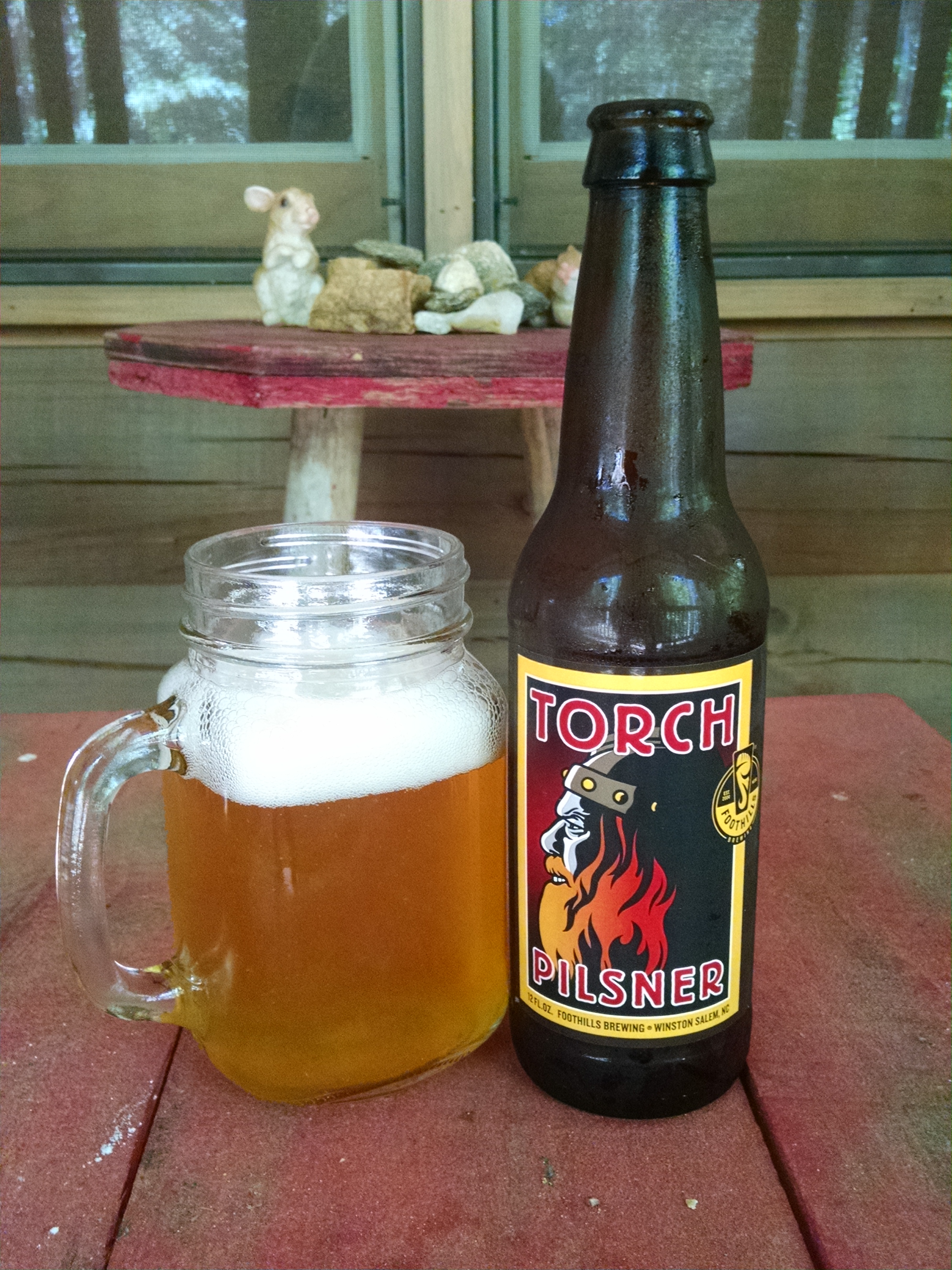 I bought a bottle of Foothills Brewing Torch Pilsner as another grab in a pick six, primarily because the label stood out in the crowd.  As I’ve become more and more fond of ales and the endless choices of ales that end up on the shelves, I have found it easy to overlook the simple old style brews, Pilsners and Lagers.  Shouldn’t do that – when it comes to the one thing that a beer should do, refresh, they rarely disappoint.

This one certainly did not leave me disappointed.

The beer pours out a golden yellow with a hint of haze, just enough body to let you believe it’s of legal age. The head looks like a little pillow, just barely off-white and what I call a little “loose” – not a tight defined head that sticks around a long time.  It sticks to the side of the glass though and reminds you this is a beer.

You can smell the hops when you take in a good sniff, nice and earthy and a bit grainy.  There was almost but not quite the smell of fresh baled hay in the air, and I immediately thought of cracking one of these open while sitting in the shade of the hay wagon.  The first sip does it’s job nicely, refreshes the pallet and leaves a bit of flavor behind.  If there is any knock on this beer it’s that the taste lingers a bit longer than you might be used to …. But it is a good flavor.  The beer clocks in at 5.3% and that puts it on the high end of the lightweight division, a little punch but nothing that will knock you out.

Overall not a bad beer at all, one I would not turn down and a brewery that I’ll try again someday. 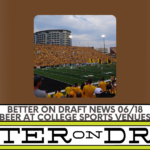 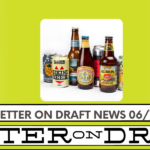 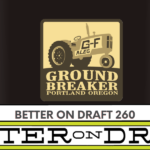 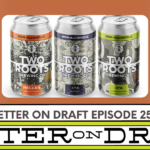