After visiting Fenton Winery & Brewery to have a Fenton Light and pick up to go beers to review, including their Swingin’ Berries, I hopped on MIBeerMap.com to see what other breweries were in the area. I saw that Northern Oak Brewery in Holly was close by, so I headed that way.

I hadn’t been to Northern Oak Brewery in a few years, so I was excited to see what beers they had available. The beer list was fairly large and I was driving, so I grabbed a flight of four beers – NOB Light, American Wheat, Oakland Amber, and Slow Train Brown.

My favorite of the four was NOB Light, so I grabbed a few cans to go to have it again later and for this review. I enjoyed the lager because it was light and crisp on the front end with bready notes on the backend. NOB Light would be the perfect companion for any outdoor activity in the summer or fall. I have knocked back a few hanging out and grilling.

From my visit last month to the times I’ve visited before, all of Northern Oak Brewery’s beers that I have had are traditional, straightforward versions of the beer style described. I’m going to have to visit again to try more of their off the wall offerings. I did receive word from a friend in real estate that the brewery has been listed for sale. I did reach out to the brewery for a comment/update but did not hear back. If I do hear back I will update this post.

If you’re looking for a gateway brewery into the world of craft beer, give Northern Oak Brewery a try. They are located in Holly, which is in northern Oakland County. 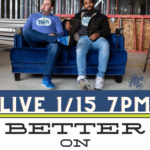 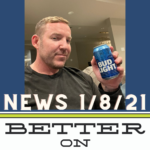 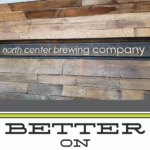